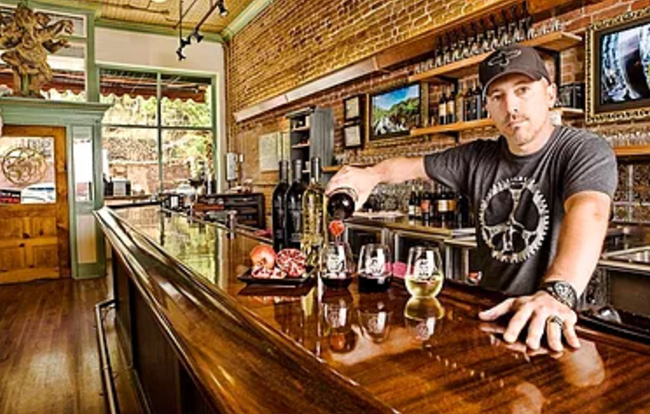 Participant since 2016
Caduceus Cellars and Merkin Vineyards has been a leader and participant in the Verde River Exchange since the Exchange launched in 2016. Caduceus Cellars and Merkin Vineyards is a roughly 6000-case family owned and operated winery with a tasting room and winery perched on the side of the southeast-facing slopes of Jerome, Arizona, and a newly opened Osteria and Tasting Room in Cottonwood, Arizona. Owner and winemaker Maynard James Keenan has made his home in the Verde Valley and his participation in the Verde River Exchange reflects his commitment to the region’s future: “There is a unique resonance to this Valley. It may be the copper in the hills or perhaps the blue skies, but I was drawn to it. My first visit here was in 1995 and I immediately opened up a PO Box and switched my licenses over. This is an oasis in the middle of the desert. It’s called the Verde Valley for a reason.” Keenan hopes his involvement in the Verde River Exchange will raise awareness that grape growing can be sustainable in terms of long-term water conservation.
​
Website: http://merkinvineyardsosteria.com, https://caduceus.org